Published by Manuel Guimarães on July 2, 2019

An affective agent created with FAtiMA Toolkit is called a Role-Play Character. This is a component that integrates the functionality of the other libraries. It is also responsible for managing the structures that constitute the internal state of the agent.

The name of the component was chosen based on the notion that FAtiMA agents are typically designed to be able to act according to a specific social role in a coherent manner.

Using the Authoring Tool to create a new character you can take a look a some of its internar components: 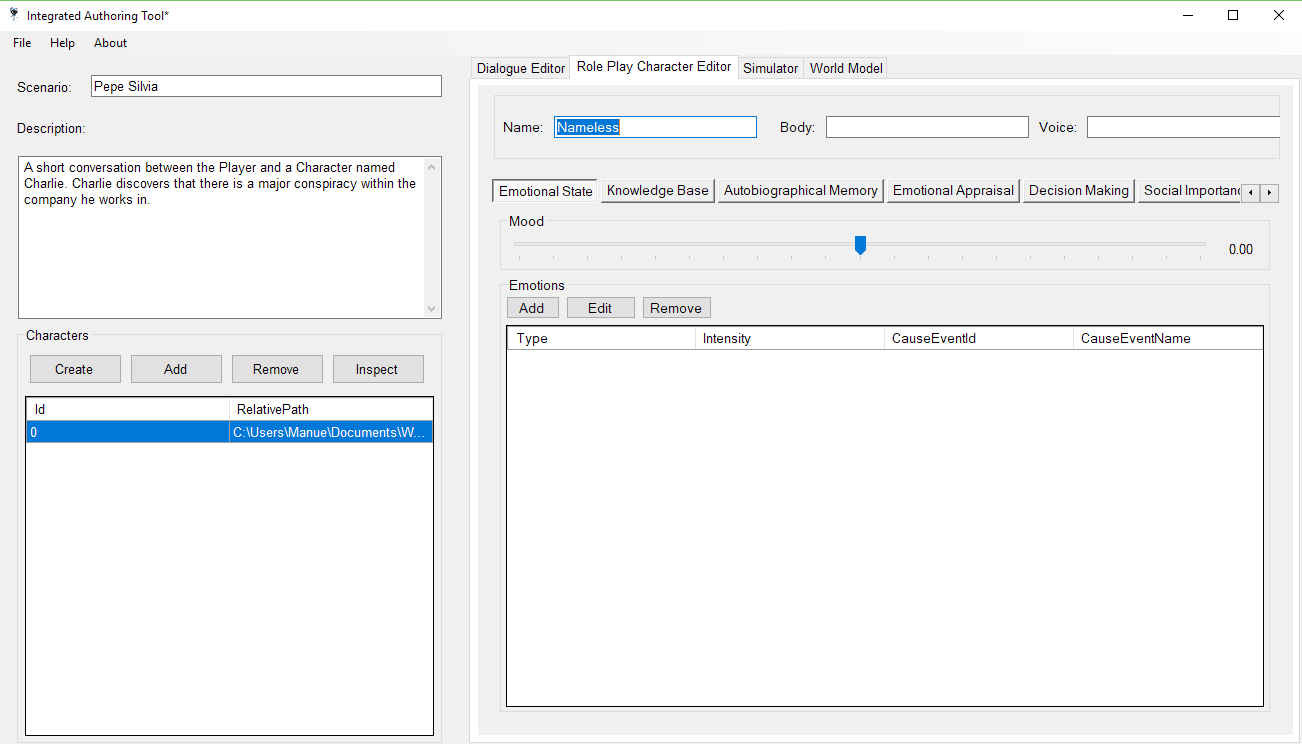 It is important to understand that FAtiMA also follows a modular approach. This means that each module is capable of being “turned on or off”. Essentially you don’t need to use all of these components to build a scenario. Authors must ask themselves what do they want their characters to do. Here is a very brief/simple description of what each components does: 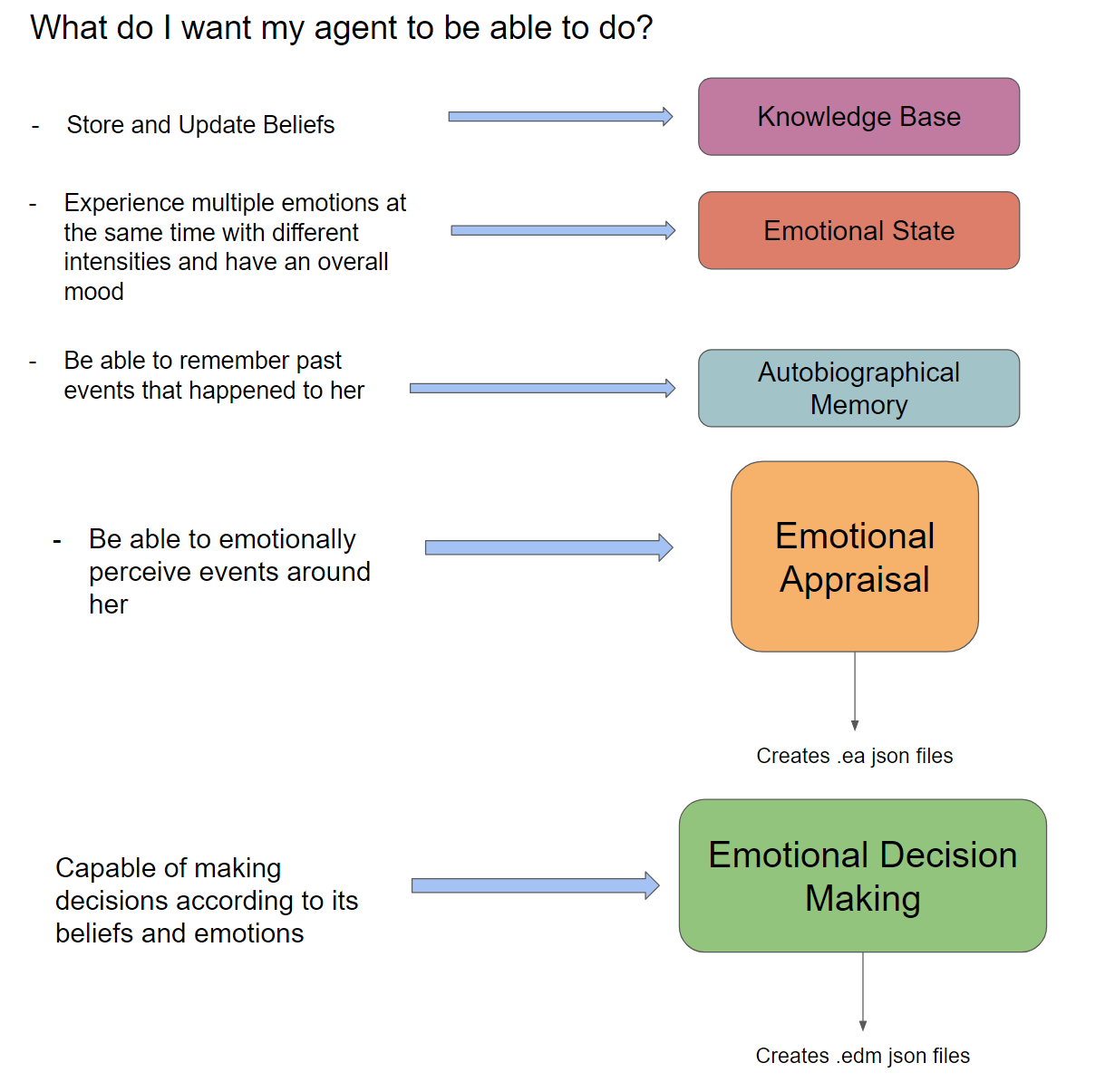 Note: The picture is missing the Comme il Faut and the Social Importance assets. Take a look at their tutorials pages to better understand what is the purpose of each one.

Let’s take a better look at the Knowledge Base, the Emotional State and the Autobiographic Memory components.